There was a lot of good action in 2018 with a few moments that even teetered on greatness. Gennady Golovkin welcomed a rematch with Canelo Alvarez in Las Vegas, while Sho Kimura accepted undefeated two-division title holder, Kosei Tanaka’s challenge. In both instances, a new champion was crowned and yet fans would welcome another installment in either case as the defeated walked away from the ring with their head’s held high having thrown every punch they could. That’s what happens when two highly rated fighters agree to terms and put their legacies on the line.

Unfortunately for one reason or another, a lot of professionals today won’t heed the calls and instead use convoluted and drawn out responses to try and explain to the fans and media why they won’t do what we all want them to do which is to simply fight the best. Needing to be checked, No Sparring gives you the necessary breakdown of the year’s biggest ducks.

Anthony Joshua joins British “Duck” royalty, Amir Khan, as the third winner from No Sparring’s annual awards. Joshua was offered $50 million dollars to fight in Las Vegas in a unification against WBC heavyweight champion, Deontay Wilder. Before this fight could have a chance at being made we heard Joshua and his promoter Eddie Hearn tell us that the British public deserved to witness a heavyweight title defense against Carlos Takam. Done. And then the same story with a unification bout against Joseph Parker. Done. Joshua and company then gave us new excuses why they couldn’t or wouldn’t travel to the capitol of the boxing world to take part in what would’ve been the biggest heavyweight title fight in years. I’ll let you pick apart the specifics but fact is fact, and Joshua doesn’t want to leave the comfy confines of England, nor does he seem eager in facing big punchers like Wilder or even Luis Ortiz for that matter.

He’s fought only three times since winning the WBC featherweight title in 2015. Plenty of great matchups could’ve been made including against…

Santa Cruz is taking on someone named Miguel Flores who is currently ranked #12 in the WBA. He swears that he want’s Russell Jr. next but for some reason just had to make this fight first. This is coming on the heels of avoiding a trilogy with Carl Frampton. 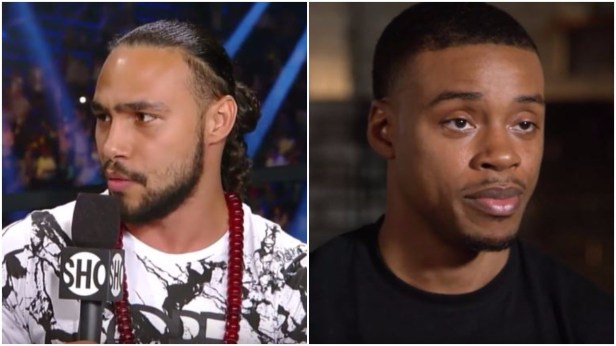 Let’s be real. They don’t want to face Terence Crawford. In a face to face caught on video this year, Errol Spence told Crawford something to the regards of “Why would I face you when I can take an easier opponent in Shawn Porter?” It’s a blatant duck, never mind the network obligations. Speaking of fighting Porter, a very makable fight, Spence is instead taking on the much smaller Mikey Garcia.

For his part, Keith Thurman is avoiding everyone, including Spence and won’t even credit Crawford for being an elite welterweight. Thurman recently said he doesn’t intend on facing either in 2019, calling it a “get-back year.” Whatever that is. Thanks champ. 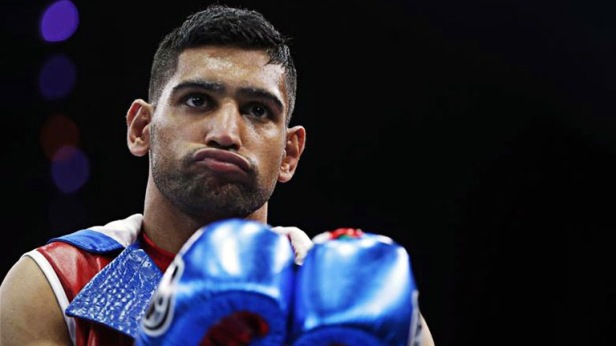 We couldn’t make a Duck List without mentioning Khan. Technically Khan hasn’t ducked anybody as of yet, but his next decision drags on into 2019 instead of having just come to terms with Kell Brook. Khan has tried everything to avoid this fight, even as going as far as to demand that there by a rehydration clause for Brook. The legacy of Khan is already sealed as a fighter who talked quicker than he punched, and he punches fast.