The boxing Prince has become King. London was witness to one of the all time great heavyweight title fights with their homegrown Olympic gold medal winner taking the throne in front of 90k fans at a sold out Wembley Stadium. The storyline straight out of a movie for the now unified WBA/IBF heavyweight champ Anthony Joshua could not have been more dramatic as he tamed the old lion Wladimir Klitschko, one of the great champions of an era.

A confident Joshua approached Klitschko in the early rounds and tried to box him while showing off combinations, some only making contact on Wlad’s shoulders but contact nonetheless. With Wlad bouncing about the ring and showing feints, live feet, and an otherwise youthful engery, the 41 year old former champion was caught with a sharp one after an exciting rush of punches from “AJ” that set the 6 foot 6 Ukrainian body on the canvas with everyone thinking “tiiiimber.” With the fight surely going as planned for the former Olympic medalist, AJ went in for the kill after Wlad beat the ten count but had punched himself out with his earlier onslaught. The young champion was out of breath with his mouth hanging open and his arms hanging lower than what your local coach would allow. 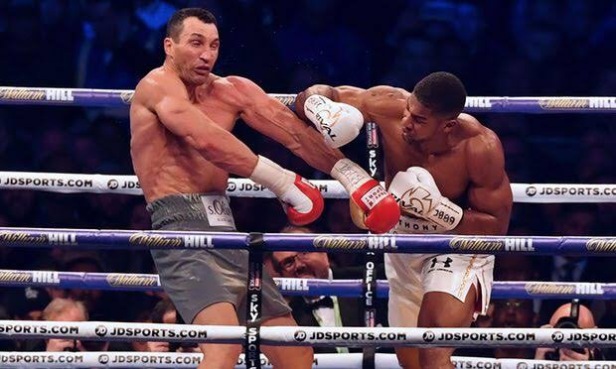 Wladimir escaped the round and listened more carefully to his corner that included his older brother and former heavyweight champion Vitali. The start of the 6th saw a still exasperated AJ approach what he assumed would be an afterthought of a once great champion but instead was met with one of the cleanest and longest jabs known in the sport with 80 inches of momentum that stunned the English prince and set him rolling on the floor. The shock didn’t exactly wear off, though AJ recovered as much as one can while still taking heavy blows to the head and the body, which is to say he was in bad shape. The ring ended and the momentum now clearly shifted. 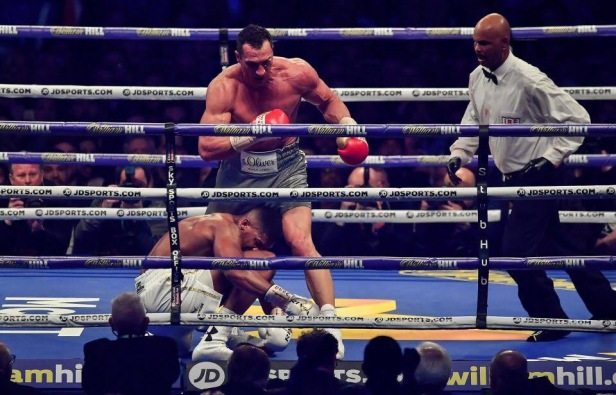 Pause here for a second and let the facts sink in. We’ve now seen two knockdowns from both fighter’s and with each knockdown the 90k people roaring in Wembley are convinced the other is a goner and in both cases each clings to their immaculate training and gets up, ready and willing. Two 6’6 men at the top of their game on top of boxing’s divisional hierarchy don’t do this; featherweights do this.

As the middle rounds wore on facts were evident and what we knew was this: Joshua had never fought a professional fight in his young career beyond the 7th round while Klitschko had not only run this race before, he’d become an expert at it while defeating the best offered for years! We then found ourselves in the 8th as Klitschko peppers AJ’s face with jabs from a distance for a second consecutive round. Joshua is clearly tired, still shocked, and losing points to the surprisingly lively veteran who maybe hasn’t ever looked this good.

The 11th came to a start and Klitschko was at a juncture where he could probably do no better than a draw without a knockout in front of an enemy crowd, as he gave too many early rounds away. Wlad needed to show the judges some of his less cautious skill set and earn another point. Unfortunately for him AJ had finally recovered from his 6th round tutelage. The knockdowns that came next came with juxtaposition. A hard right uppercut that could’ve killed you or I set up AJ for more landing hooks and brought with them his full weight. Klitschko was on the ground for the second time in the fight. Moments later Klitschko was again picking himself up off the canvas after yet another Joshua knockdown but again he defied his dwindling odds and got up! Sensing the end was near, AJ put his opponent in the corner and started a barrage that the ref thought was enough and the fight was stopped. I’d say, and I wouldn’t be alone, that the fight was ended prematurely as the punches weren’t exactly connecting at the end and Klitschko, for all his punishment, still had his composure as he maneuvered to avoid AJ’s shots. 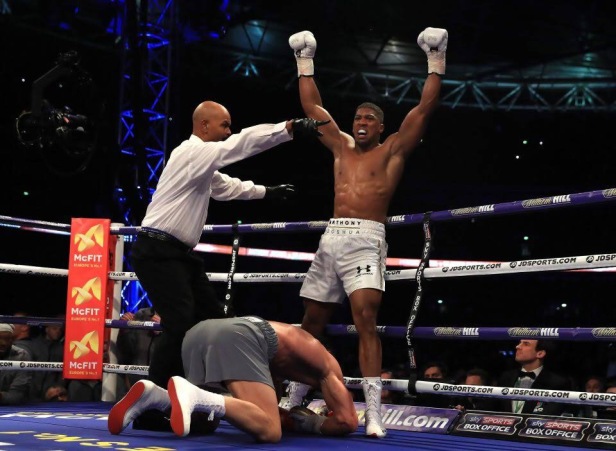 It was over. Anthony Joshua, who some said wasn’t ready for a test of this magnitude at this point of his career, had reached the mountain top and defeated the former champion Wladimir Klitschko, who before his last fight had reigned atop the heavyweight division for most of the last 17 years. The hometown hero now has his pick of the litter and could either have a rematch that would warrant another sell out of Wembley should Klitschko decide to give it another go, or he could take on American, WBC champion Deontay Wilder in a massive unification fight. Either way, Joshua has cast himself at the forefront of the sport that some claimed died over and again years ago. 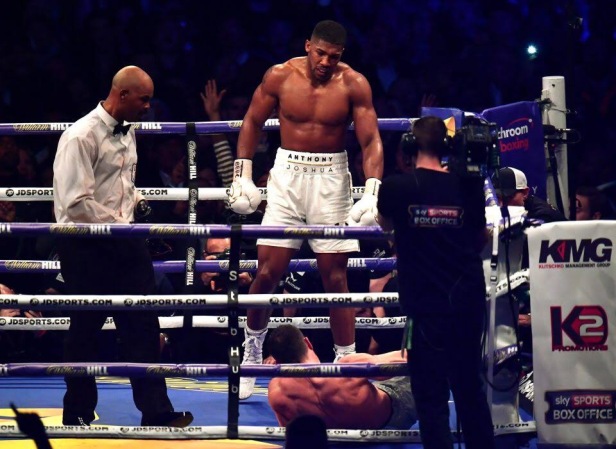