The two boxer’s were fighting for the right to face the winner of the co-feature and the WBC super featherweight championship that is currently held by new champion Miguel Berchelt.

No Sparring scored the first half of the fight 4-2 for the pesky Mexican who kept battling away and landing head shots. Miura for his part kept working the body of his opponent, but was taking too much punishment from Roman. After the 6th, Teiken boss Honda San told the corner to call it quits if Miura couldn’t win the next round. Miura got the message and never looked back.

He scored knockdowns in rounds 10 and 11 before finally finishing off Roman with a rare 12th round KO. Miura said afterwards that this wasn’t his best performance but the feeling of the win was one of his most memorable because he put his heart into getting that result.

Miura continues to impress American and Mexican audiences as he seems to make a habit out of stealing the show from the undercard. In 2015 Miura and Francisco Vargas waged a war on the Canelo Alvarez undercard and won fight of the year honors.

By winning last night, Miura is in shape to once again fight for the WBC strap he once held. The WBC is expected to officially order a fight take place between Miura, now the mandatory opponent, for newly minted champ Miguel Berchelt.

The two winners met briefly afterwards to congratulate each other. It seems both are ready for a showdown that should take place later this year.

On a personal note, I was elated to be in attendance and watch this fight first hand while most in the boxing journalism word decided on going to a card in Las Vegas. 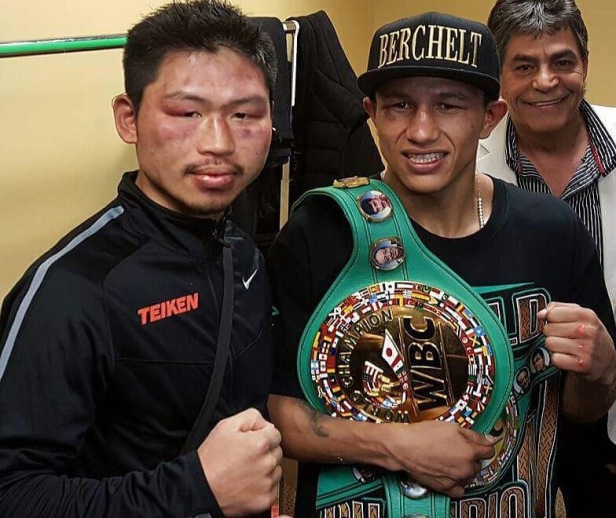