This year has been a forgettable one for boxing. Lackluster fights, inactivity fueled by spiking compensation demands, mismatches, and network budget and entertainment controls leading to undesirable matchmaking have all been at the foundation of what I’d say is a failed 2016 for the sport.

Optimists will point to the Ward-Kovalev fight on the horizon this November as a response to that fact or Francisco Vargas waging another war this past June against Orlando Salido. That point falls flat on the premise that there will always be one great fight of the year followed by a runner up. By all accounts Thurman-Porter could edge out Ward-Kovalev from a strictly entertainment perspective for that runners up slot should Ward fight a cleaner and more technical fight than Bernard Hopkins was able to do against their now common foe.

A successful year shouldn’t be measured by one or even two fights but rather the overall spectrum of quality we see on average. Not being a quote un quote “traditional” sport where there’s no set schedule or literal bylaws that are overseen by one body of caretakers like we see in the NFL or MLB, boxing runs by a different tune which is why its a niche sport that can at its peak draw millions of PPV buyers and sell out arenas with celebrities and dignitaries ringside. At its rock bottom, boxing and its fans become disengaged, politics squabble, and fighters fail to metaphorically hit their potential, both in terms of caliber of opponents, activity, and earning potential.

The perfect storm of unsuitable factors feeding the continued demise of boxing hit all those points this year. A quick summary of specific examples include HBO’s reduced budget while simultaneously dictating specific fights (thats supposed to be the job of the matchmakers and promoters); the unusual PBC with its overpaid, seldom used fighters in underwhelming fights; raised purse expectations/short-sighted career ambitions by fighters- Billy Joe Saunders for instance seems to acknowledge he will lose his next (competitive) fight and would rather cash out as a loser rather than compete as a champion with expectations of prolonging his career, even with defeat.

Here’s a short list and description of fights that should’ve happened this year with their undesirable replacements in what could’ve been a great year for the sport of boxing. 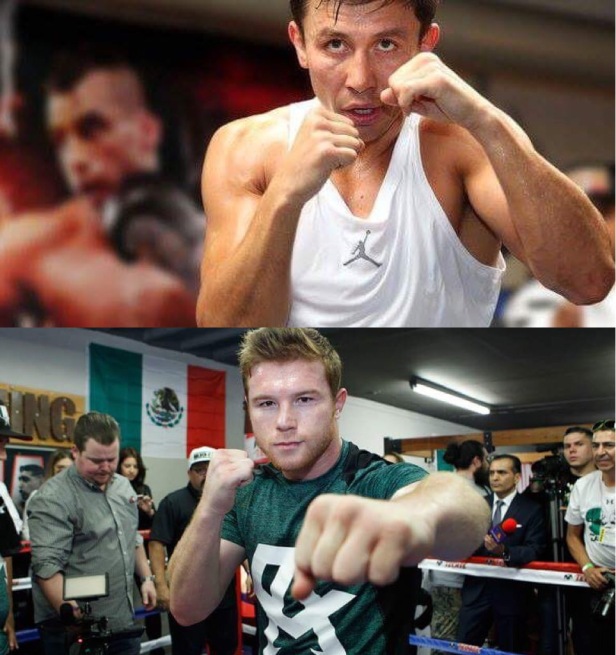 This is the most talked about example you’ll see on the list. Canelo Alvarez, under the guidance of his promoter Oscar de la Hoya of Golden Boy Boxing, chose to vacate his recently won WBC middleweight championship title rather than facing mandatory and deserving challenger Triple G in what is the biggest fight that can be made in boxing. It’s a disgrace to the reputation of the Mexican boxing heritage masked by pathetic excuses and reasonings that can only be concluded as a legitimate “duck.”

Nobody will say this fight was at the top of their must-see list but it was one that was important for boxing and could’ve provided exciting content in the form of a KO and/or a fan friendly brawl between two fighter’s with something to prove. Unifying two division belts is always an important step when attempting to establish an undisputed champion. In this case, Brook’s IBF title and the WBO title held by Vargas would’ve brought that process in this highly competitive division, one step closer, with Keith Thurman, Danny Garcia, and Earl Spence waiting on the other end for the victor. Instead we see Brook and Vargas against two opponents who they themselves should be seen fighting in different bouts as well.

The climbing pound for pound unified champion Terence Crawford has little left to prove at the super lightweight limit. A fighter who’s been groomed favorably by Top Rank but has neither shied away from tough competition nor lost to it, was ready to take on one of the best in boxing history, Manny Pacquiao. Though Pacquiao’s trainer Freddie Roach and his promoter Bob Arum have said for years that he could go back and fight at 140lbs, we haven’t seen him do so and with his latest move to avoid the Crawford fight, may never do so again. We’re left with an easy payday fight for Pacquiao and no fight in sight for Terence Crawford.

Two of the most highly rated middleweights in the division, both of whom are holding championship titles, and both of whom haven’t fought once in 2016 could not agree to a fight. When you bring up the case of Triple G, you could conclusively say you’d have liked to have seen him face either one of these guys and Canelo too, however, these two guys in particular not only found a way out of that fight, but fighting each other or any other desirable opponent as well. “Champions” ducking “champions” is what’s happening. Claim compensation issues or whatever you like with this one, but there’s no way around it that these two guys haven’t done squat all year but talk and talk about how deserving they think they are or should be. Meanwhile, GGG is fighting anyone and doing it everywhere, while picking up sponsorships, TV exposure, and most importantly a fanbase along the way. Sorry guys, but you deserve each other and thats about it.

In a crowded division, two champions stand alone as fighter’s without a meaningful 2016 fight or a scheduled bout for the remainder of the year. Even more puzzling is as to why that is considering they’re both advised by PBC boss Al Haymon who could easily match the pair and put their fight on any number of television stations. Both boxers last fought in April; for Russell it was his only fight since March 2015. Squaring these two up would be good for the division, good for Haymon’s business, and good for the sport, so why hasn’t it happened?