Its as much of a waste of time to again write about how deeply convoluted the championship picture is in boxing as it is for the organizational bodies who crown multiple “champions” within each division. The argument has become stale and pointless much like discussions inside the United States congress; everyone sees a problem yet nothing changes.

As you know No Sparring is deeply in favor of only the best fighting the best and unifying each division. This much is shown in our ranking system as we only recognize one champion who stands out amongst the rest, if any do at all within a particular division. That being said, there just wasn’t the will to write much over the past summer. Fight after fight reeked with politics and watered down any real credibility some fighters seemingly had for stepping up and challenging the best or answering the calls of budding contenders.

Recently, the heads of three major boxing championship sanctioning bodies got together and discussed the future of boxing as was reported here at No Sparring. The same executives managed to meet again even more recently to iron out their goals. Amongst their priorities is to limit the control networks and promoters have over the sport and influence a tournament amongst champions in order to unify boxing and crown undisputed champions.

Some boxers have grown impatient over the years with the status quo and have already began there own quest to unify divisions. Bernard Hopkins unified two belts last spring in the light heavyweight division and is preparing another unification match this November, this time against KO superstar Sergey Kovalev. Gennady Golovkin has also been calling out other champions the past two years but has found it rather difficult to convince anybody, much less another champion, to get into the ring with him.

No Sparring picks out three unification fights that should happen after the Hopkins/Kovalev fight. (No Sparring doesn’t believe that a Paquiao/Mayweather fight can be made and will not write another article about them at this time) 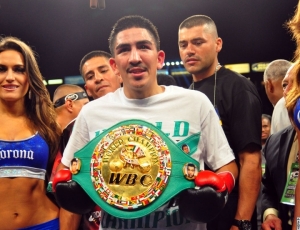 Two of the sports most prolific and exciting fighters from historically prominent boxing backgrounds in Great Britain and Mexico meeting for 12 rounds (maybe only lasts 5 or 6) can only be great for boxing. A rematch clause would even guarantee we get a double dose of adrenaline with one fight in London’s Wembley and another staged inside Cowboy Stadium in Texas. 80,000 fans can pack each stadium with ease and should put the division back in the main event spotlight. 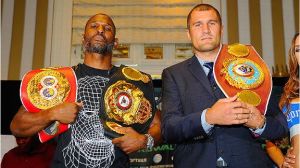 Oh how the mighty can fall. Well, Stevenson hasn’t lost yet though his momentum has faded fast, fighting only once in the last 11 months after fighting 3x a year in both 2012 and 2013. Wait, I thought signing with Al Haymon was supposed to make a boxers career better? The inactivity coupled with a negative outlook from fans who’ve seen him pass on fights with Kovalev and then Hopkins dampened and in some cases reversed all he’d worked for. All will be forgiven if he get’s in the ring with the winner or the Hopkins/Kovalev winner and does it next year. A summer 2015 showdown isn’t out of the question. The light heavyweight division could be the first fully unified division in boxing in the unification process. 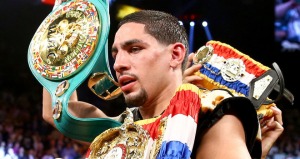 Two hard hitting young studs in their prime with three belts between them has “big fight” written all over it. Garcia has been given a lot of flak for his past two opponent choices and can make up for that by fighting Algieri who’ll get a chance to make a name for himself on HBO PPV next month against Manny Pacquio. For Algieri, he’ll look to capitalize on the exposure and follow up with another big clash that can bring more credibility and opportunity to his young career. With Algieri being from Long Island and Garcia from Philadelphia I don’t see a more perfect fit than Barclays in Brooklyn. Of course I’m assuming Chris Algieri loses to Manny Pacquiao. If he pulls off the upset and takes Pacquiao’s WBO welterweight belt, a unification with Floyd Mayweather not only could be made but would be made. Personally, I think a fight with Danny Garcia would be a more exciting choice.